Madagascar: The Truth Behind The Movie

Madagascar: The Truth Behind The Movie

A few weekends ago, I held a conservation education event for my organization, Planet Madagascar, at the Royal Ontario Museum in Toronto. I spoke to over 400 parents and children about issues facing Madagascar biodiversity. About halfway through this event, it struck me that almost everyone had heard of Madagascar. Yet, before 2005 if you mentioned the country Madagascar people would look at you with their heads cocked and say “where?” Why would you have heard of it? Madagascar is nearly the antipode (exact opposite side of the world) of the west coast of California. It is one of the most foreign places that North American’s could travel. But since the Dreamworks movie and now trilogy Madagascar has become a more commonly heard of country.

The fact that this cartoon has served to raise awareness for a previously little known country inspired me to ask the question: what else has this film contributed? So I set out on a quest to document the truth behind this movie.

The premise: Alex, Marty, Gloria and Melman, a rag tag group of mainland African animals are on a quest to find the wild, only to find themselves on the island of Madagascar. Although the movie isn’t directly about Madagascar per se if you pay attention, it reveals many of the more amazing aspects of this impressive island.

Let’s start at the beginning: Alex (a lion from Central Park Zoo) and his buddies are on a ship to a sanctuary in Kenya when they are swept into the seas of the Mozambique channel, which separating Africa from Madagascar. To their surprise, they hit land.

The stuff is of fantasy, right? Think again.

Interestingly, this journey is in line with a leading hypothesis for how lemurs and many other species made it to Madagascar—the Rafting Hypothesis. It sounds hard to believe, but at one point there were no primates on Madagascar. However, there were primates on mainland Africa. Some scientists believe that huge rafts of vegetation formed following major storms and floods, sweeping the vegetation and animals caught on these “rafts” out to sea. At some point, it is thought that the currents were just favorable enough for some of the African primates to survive a 400km journey from the African mainland to Madagascar.

So the directors got this one right!

Next is the setting. When Alex and his friends land on Madagascar, they find themselves on a beautiful untouched beach, covered in an immense expanse of lush tropical forest. If you look carefully, you will even see the traveller’s palm—a beautiful palm tree from Madagascar that looks like a hand waving.

It’s true, Madagascar does have immense expanses of forest.

The one stretch here is that these types of forest wouldn’t have been where Alex and his team landed. Instead, these types of vegetation are found in Masoala and Makira in the northeast of Madagascar.

On the west, there is a mixture of coastal forest, rare deciduous dry forest and the outrageous spiny dry forest, which looks like something out of a long lost Dr. Seuss book.

So the movie came close. 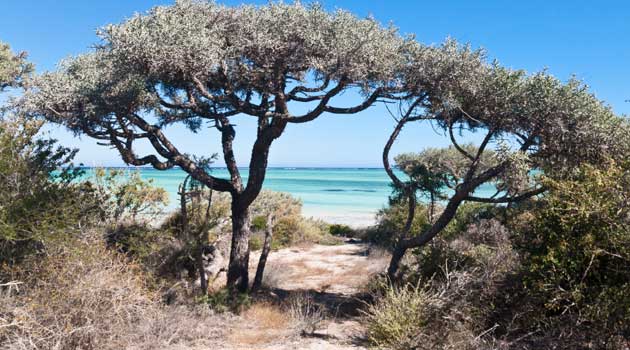 In the movie, Alex and his friends find a colony of friendly, and keen-on-dancing lemurs. Believe it or not, this is accurate. In fact, one particular group of lemur, the sifaka, have a unique way of moving along the ground that looks like they are dancing. This species has extra long femurs that make them capable of incredible leaps from one tree to the next. But on the ground, they are a little out of touch, which is why on the ground they look like they are kangaroos practicing kung fu. You can see this incredible “dance” here: http://www.arkive.org/verreauxs-sifaka/propithecus-verreauxi/video-06b.html 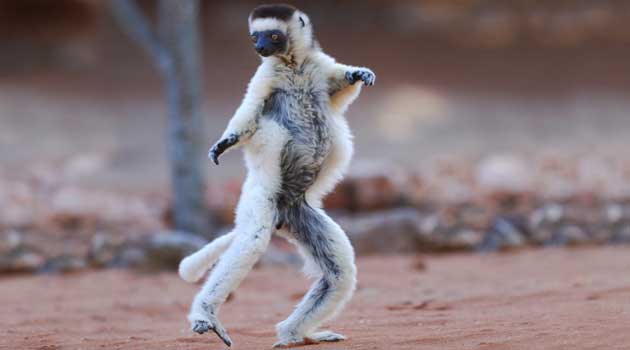 In the movie, the hilarious lemurs are in constant fear of a pack of drooling, vicious beasts called “foosas” (note: the actual spelling in Malagasy is fosa , and in English, fossa). Just like in the movie, the fosa is the main predator of lemurs, capable of leaping between trees to catch its prey- point for the filmmakers on that one.

However, I should note that fosas are solitary, nocturnal hunters and not pack animals like the movie suggests. 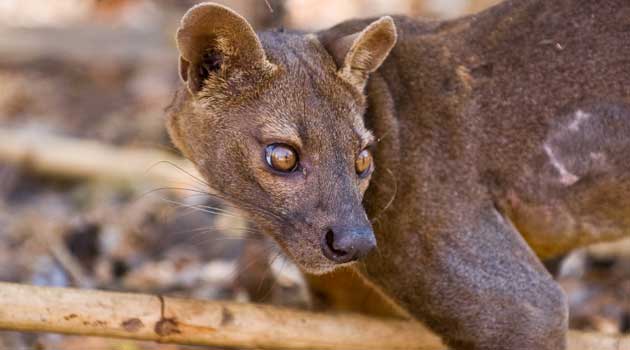 In the movie the territory of the fosa is a desolate place where rocks grow out the ground like the spires of a gothic cathedral. This is actually true and in Madagascar is called “tsingy,” a type of karst geologic formation where limestone has slowly dissolved and weathered leaving an out-of-this-world appearance. There are some wonderful examples of tsingy throughout Madagascar, but the most famous is Tsingy de Bemaraha in the central east. This difficult to reach area contains unique species only found within the tsingy.

Another thing that the movie got spot on, is the portrayal of the incredible diversity of wildlife found in Madagascar. In the movie we are introduced to King Julian, a cheerful but not so bright ringtailed lemur. His assistant, Maurice, is more sensible and resembles an aye-aye. And, of course, there is the adorable lemur with large eyes and a bushy tail,which to me looks like a fat-tailed dwarf lemur. Then there are the rest. In the movie, you can see dozens of lemurs of all shapes, colours, and sizes including other dwarf lemurs, ruffed lemurs, and a red fronted lemur—a wonderful sample of the nearly 100 species of lemur currently recognized on the island.

But the diversity doesn’t stop there. In the movie, we are also introduced to chameleons and leaf-tailed geckos. Madagascar has the largest number of chameleons in the world including the largest and smallest. The leaf tailed gecko features prominently as the main adornment to King Julians new crown. Leaf tailed geckos are famous for their ability to blend in with the bark of a tree. 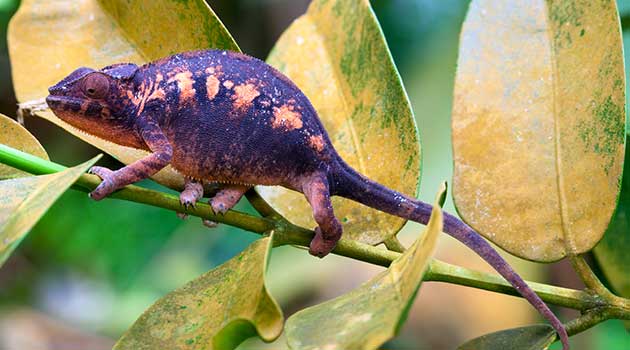 When things start to get rough, Alex and his friends start looking for people (being zoo animal and all they look to people as their benefactors). However, there are none to be found, except some poor unfortunate bush pilot that apparently never made his destination. 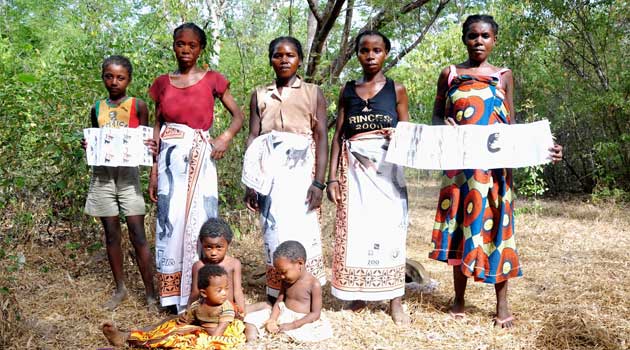 So there you have it. Turns out, the filmmakers did a pretty good job, and should be credited with educating people about Madagascar.

Like Alex and his friends you too can journey to Madagascar, but there is no need to raft. There are direct flights from Paris, Johannesburg and Nairobi. Once there you are open to an impressive number of possibilities.

← Where to Sleep: Bagan Lodge in Myanmar